MSNBC: “Around 30 religious leaders, immigrants, and supporters holding signs and singing songs in protest to President Obama’s deportation policy were arrested outside the north gate of the White House Monday.”

The protest was organized by the United Methodist Church and the National Day Laborer Organizing Network.

The Economist: Obama “has presided over the greatest mass deportation in American history. As our chart shows, he has tossed far more Mexicans and other illegal immigrants out of the country than his predecessors.” 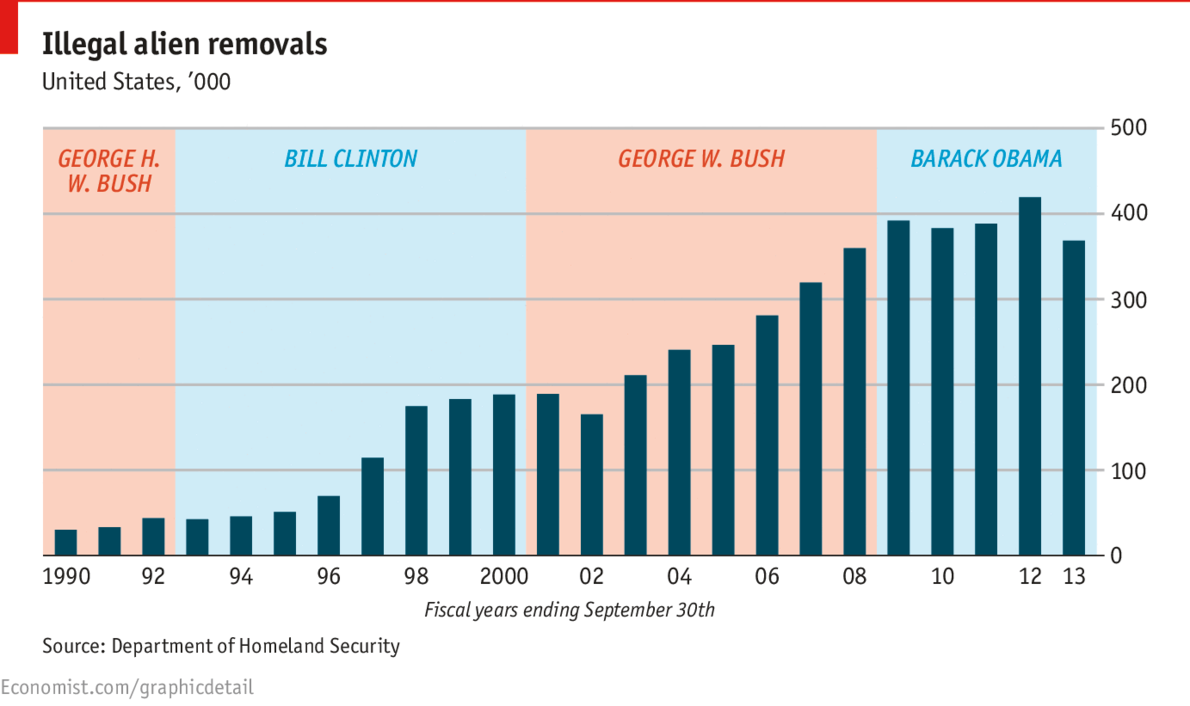 Chart of the Day

O'Conner Davies: "We find the average state income tax rate in states (plus D.C.) that Obama won is 6. 4...