“The figure [(Source: CBPP analysis of OMB and BLS data)] shows significant spending growth in only one year: 2009, as outlays rose to meet the deepest recession since the Depression … Since then, outlays have fallen, adjusting for inflation and population growth.  From 2009 to 2013, they’re down 12 percent … not quite the spending spree that is often suggested in partisan debate.” 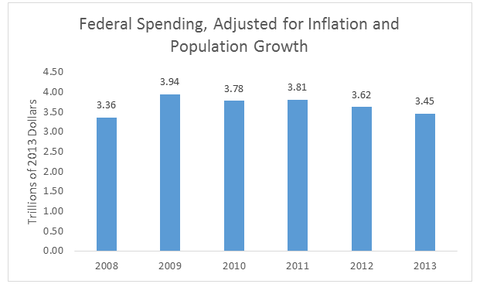 “Moreover, as the figure below reveals, 77 percent of the savings that come from policy changes (i.e., excluding technical and economic changes) are from spending cuts to government programs; less than a quarter come from revenue” 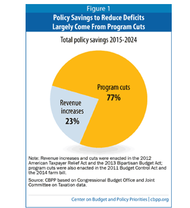