Annie Lowrey acknowledges the growing income inequality gap in the U.S. but states that “wealth inequality has been increasing too, as a new study by Thomas Piketty of the Paris School of Economics and Gabriel Zucman of the University of California, Berkeley, shows.”

“In a preliminary report, [the economists] find that at the very top, wealth is distributed as unevenly as it was in the early 20th century. And the wealthiest 0.1 percent, and especially the 0.01 percent, have left the rest of the 1 percent in the dust.” 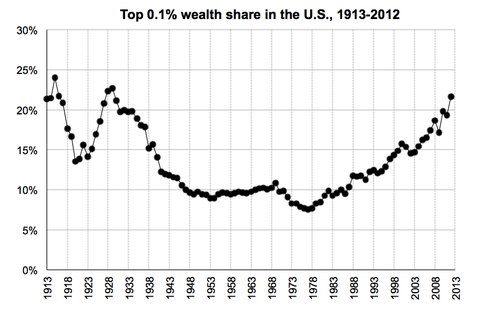 But, the economists also “found that the so-called ‘middle rich’ have actually been losing ground, wealth-wise, while the super-rich have accounted for a bigger and bigger share of the pie.” 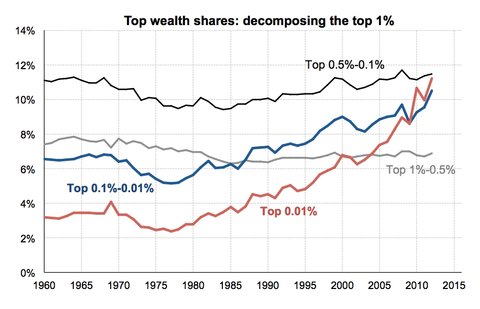