The Wall Street Journal looks at some numbers behind race and college enrollment, but finds that “the biggest disparities in college enrollment are among varying incomes. More than 80% of high-income graduates go on to college, compared to 66% of middle-income students and just 52% of low-income graduates. All of those shares are higher than the 1980s, but the gaps between them haven’t narrowed much in over 30 years.” 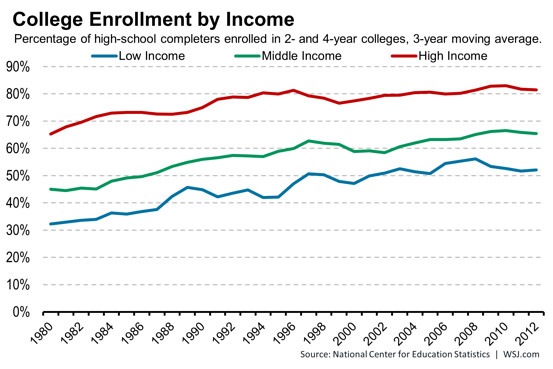 Tuition is Too Damn High

Washington Post: A report  by the Institute for College Access and Success that gives a detailed state-by-state look at student...