The PSC said it “prefers to reach settlements with companies that may have committed violations. The commission oversees 19 utilities, including Consolidated Edison, which serviced two Park Avenue buildings that collapsed after an apparent March gas explosion that killed eight people in East Harlem.”

“In the aftermath, federal officials said their investigation would include an examination of how the commission—tasked in part with enforcing penalties on gas companies that violate rules—regulates ConEd.” 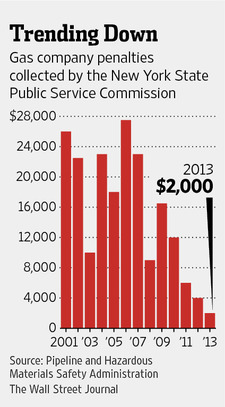 Evidence of a Low-Wage Recovery is ‘Thin’

Writing for the New York Times, Justin Wolfers argues that contrary to the results of a new report from the...