NPR: An analysis of federal data from former Obama administration official Jay Angoff finds that “the federal exchange was relatively efficient in signing up enrollees. Each one cost an average of $647 in federal tax dollars.” By contrast, it cost an average of $1,503 to sign up each person in the 15 state exchanges.

Surprising fact: “The five states whose governors and/or legislatures were among the most adamant about resisting the Affordable Care Act — Florida, Texas, Georgia, Virginia and Michigan — ended up with the lowest per-person enrollee costs. Florida’s cost per enrollee was just $76; Texas’ was $102, and Michigan’s $427.”

“All of the states with very high costs for each enrollee have one thing in common — relatively small populations. Yet it took millions of dollars to set up each exchange, so the smaller states couldn’t spread the costs.”

Angoff said “the federal government might want to reconsider letting other states establish their own exchanges, and encourage those whose exchanges aren’t doing so well to become part of HealthCare.gov.” 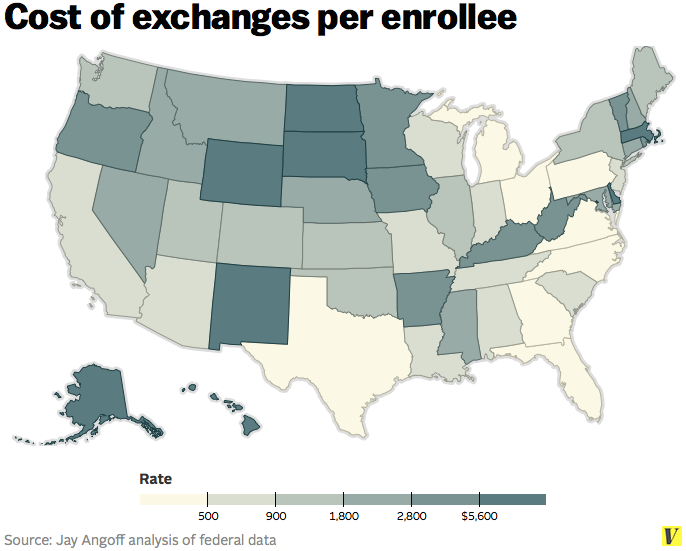 Solar Panels Are Back on the White House

LA Times: "After years of delay, solar panels have been installed on the first family’s residence at the White House."...