New York Times: “Obesity rates in states around the country are beginning to slow, but the epidemic is still affecting the poor and minorities disproportionately, new research shows.”

“In 2013, adult obesity rates rose in six states – Alaska, Delaware, Idaho, New Jersey, Tennessee and Wyoming – which was a drastic shift from 2005, when the rate increased in every state.”

“The new report was based on federal government statistics and released by the Robert Wood Johnson Foundation and the Trust for America’s Health.” 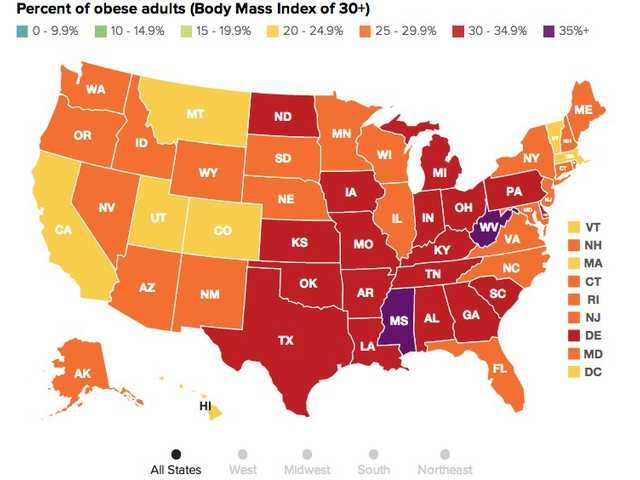 The Carbon Brief: "Greenhouse gas levels in the atmosphere reached a record high in 2013, according to the latest measurements...