The Economist “has made a stab at a global comparison of carbon-mitigation efforts. Chart 1 is the result. It ranks 20 policies and courses of action according to how much they have done to reduce the atmosphere’s stock of greenhouse gases. We have used figures from governments, the EU and UN agencies.” 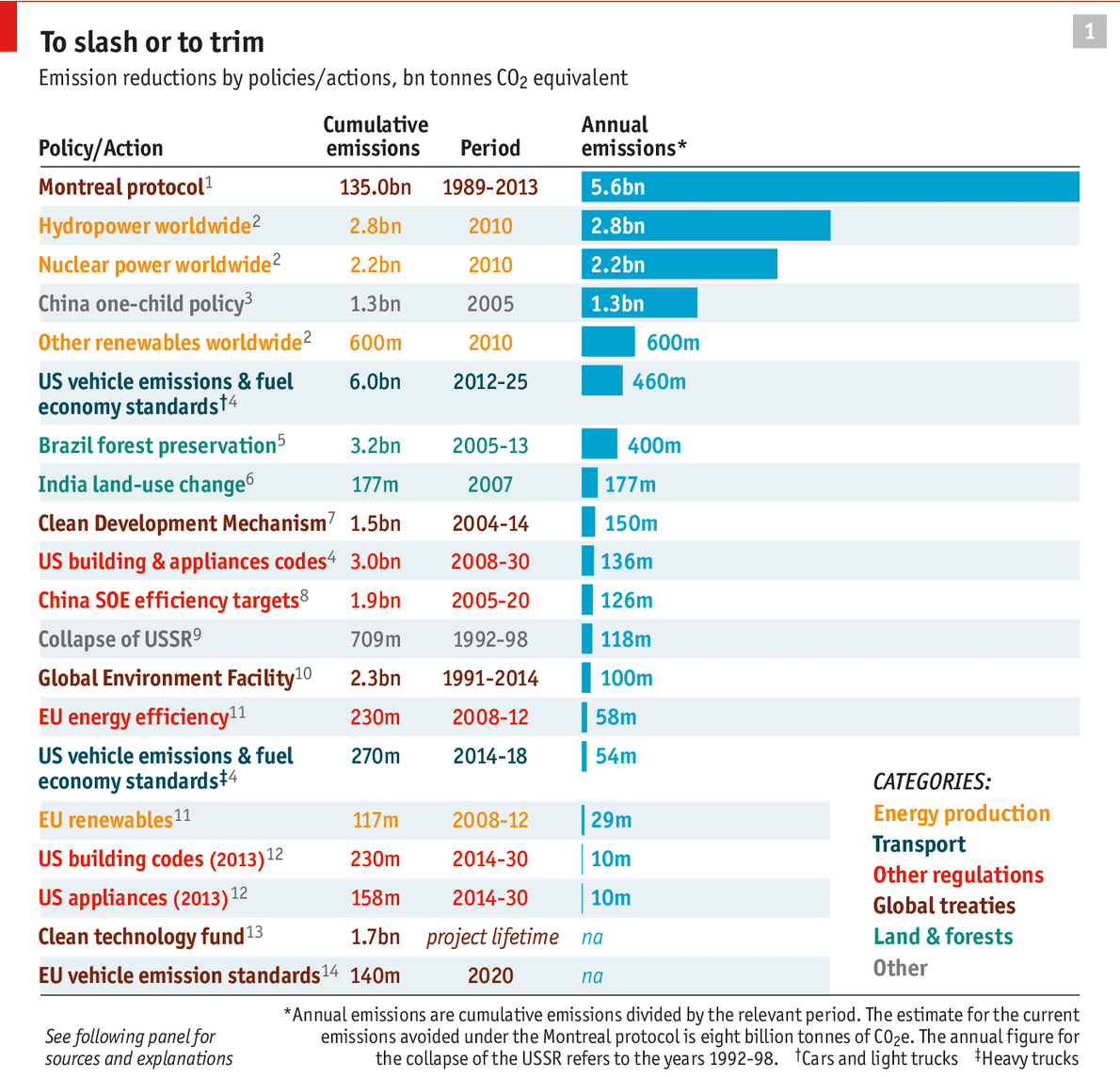 “A health warning: the policies and actions on our list are not strictly comparable. Some are global, some regional and some national. Some are long-standing; some new. A couple are not policies at all, such as the collapse of the Soviet Union, which led to the closure of polluting factories and to inefficient state farms reverting to grassland, locking up carbon.”

Who Are the Most Discriminated Against in America?

Aaron Blake: "As the situation in Ferguson, Mo., demonstrated, black and white Americans have vastly different views about the discrimination...