“The situation of these so-called involuntary part-time workers—those who would prefer to work more than 34 hours a week—has economists puzzling over whether a higher level of part-time employment might be a permanent legacy of the great recession. If so, it could force more workers to choose between underemployment or working multiple jobs to make ends meet, leading to less income growth and weaker discretionary spending.”

“The ranks of workers who are part time for economic reasons has fallen by 740,000 this year to around 4.5% of the civilian workforce. That is down from a high of 5.9% in 2010 but remains well above the 2.7% average in the decade preceding the recession.”

“An important question for policy makers now is whether the elevated level of involuntary part-time work is due to cyclical factors, meaning it will fall as the economy heals, or to structural changes that have made employers more inclined to rely on a larger contingent workforce and avoid converting part-time workers to full-time positions.” 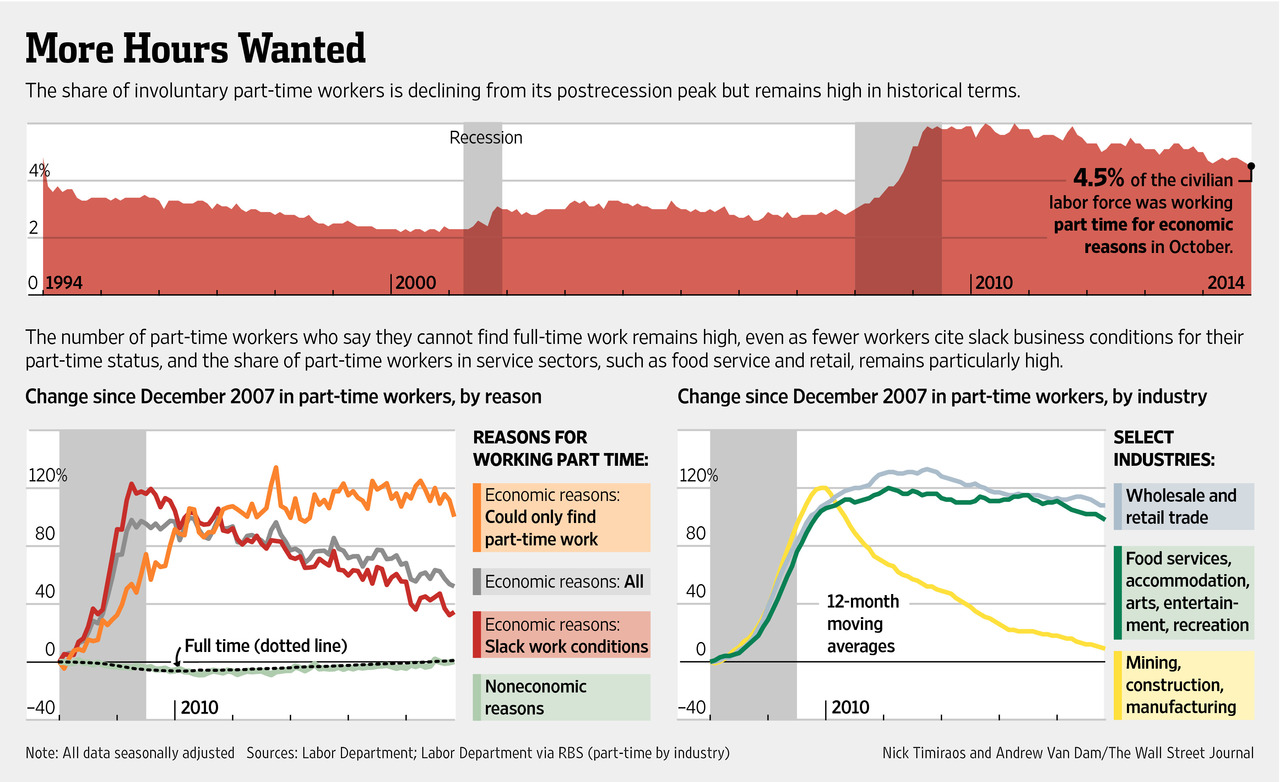 What Happened to the Free Press?

George Packer: "In the worldwide movement away from democracy, perhaps the most vulnerable institution is the free press, and the...