Wall Street Journal: “A Wall Street Journal analysis of the latest data from 105 of the country’s largest police agencies found more than 550 police killings during those years were missing from the national tally or, in a few dozen cases, not attributed to the agency involved. The result: It is nearly impossible to determine how many people are killed by the police each year.” 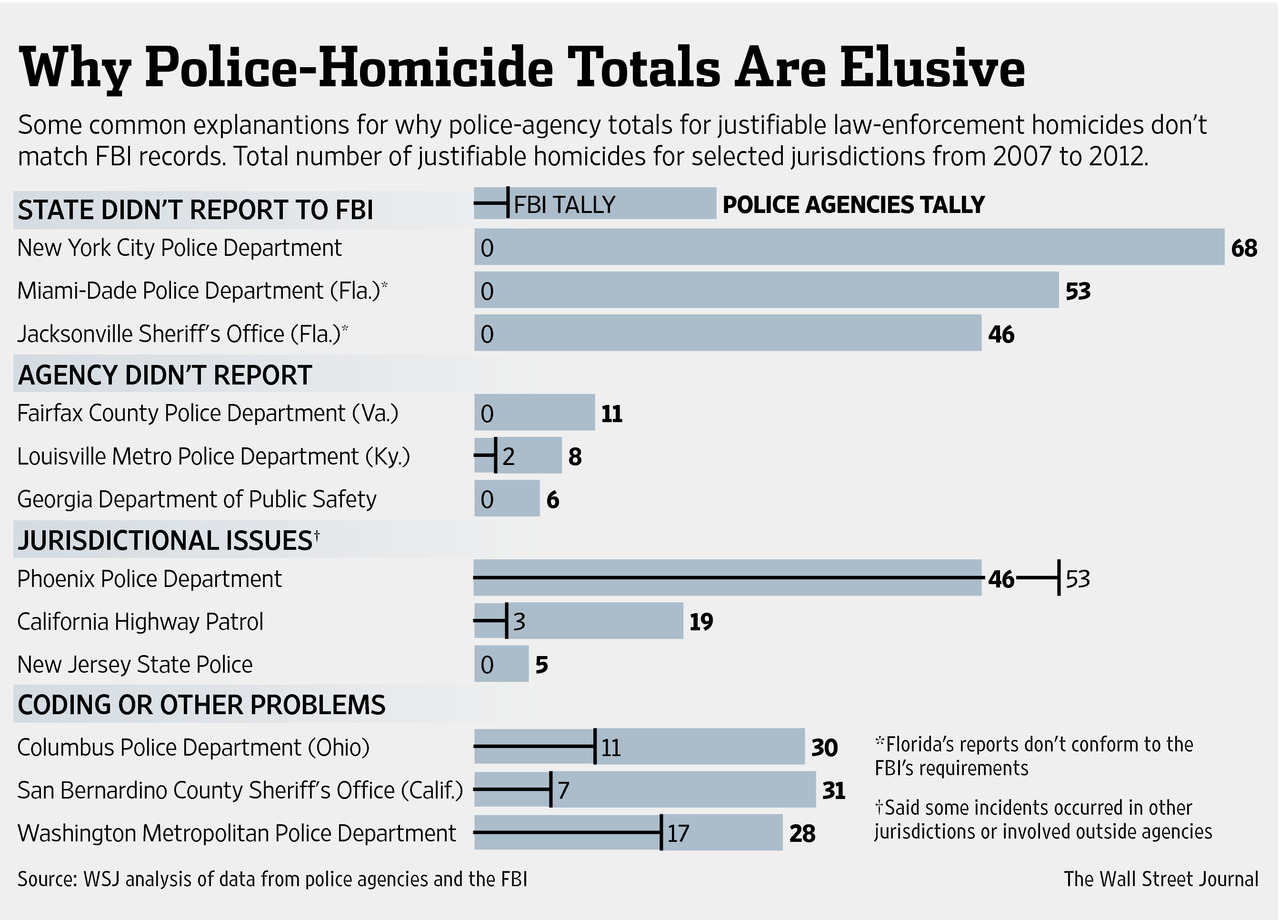 “Law-enforcement experts long have lamented the lack of information about killings by police. ‘When cops are killed, there is a very careful account and there’s a national database,’ said Jeffrey Fagan, a law professor at Columbia University. ‘Why not the other side of the ledger?’”

“The full national scope of the underreporting can’t be quantified. In the period analyzed by the Journal, 753 police entities reported about 2,400 killings by police. The large majority of the nation’s roughly 18,000 law-enforcement agencies didn’t report any.”

“Justifiable police homicides from 35 of the 105 large agencies contacted by the Journal didn’t appear in the FBI records at all. Some agencies said they didn’t view justifiable homicides by law-enforcement officers as events that should be reported. The Fairfax County Police Department in Virginia, for example, said it didn’t consider such cases to be an ‘actual offense,’ and thus doesn’t report them to the FBI.”

Washington Post: Social media can be apolitical. The Pew Research Center recently found that "more than a third of adult Twitter...