Wall Street Journal: “Almost 10 million people have signed up for health insurance in state and federal marketplaces under the Affordable Care Act or were re-enrolled in coverage for 2015, federal officials said Wednesday.”

“Nearly 7.5 million people have selected a plan or were automatically re-enrolled on the federal exchange.”

“The sign-ups indicate the second year of enrollment under the ACA, which runs through Feb. 15, is on track to meet the Obama administration’s goal of having 9.1 million to 9.9 million people with paid-up coverage through the insurance exchanges by the end of 2015.”
ACA EXCHANGE Qualified Health Policy (QHP) Enrollments: 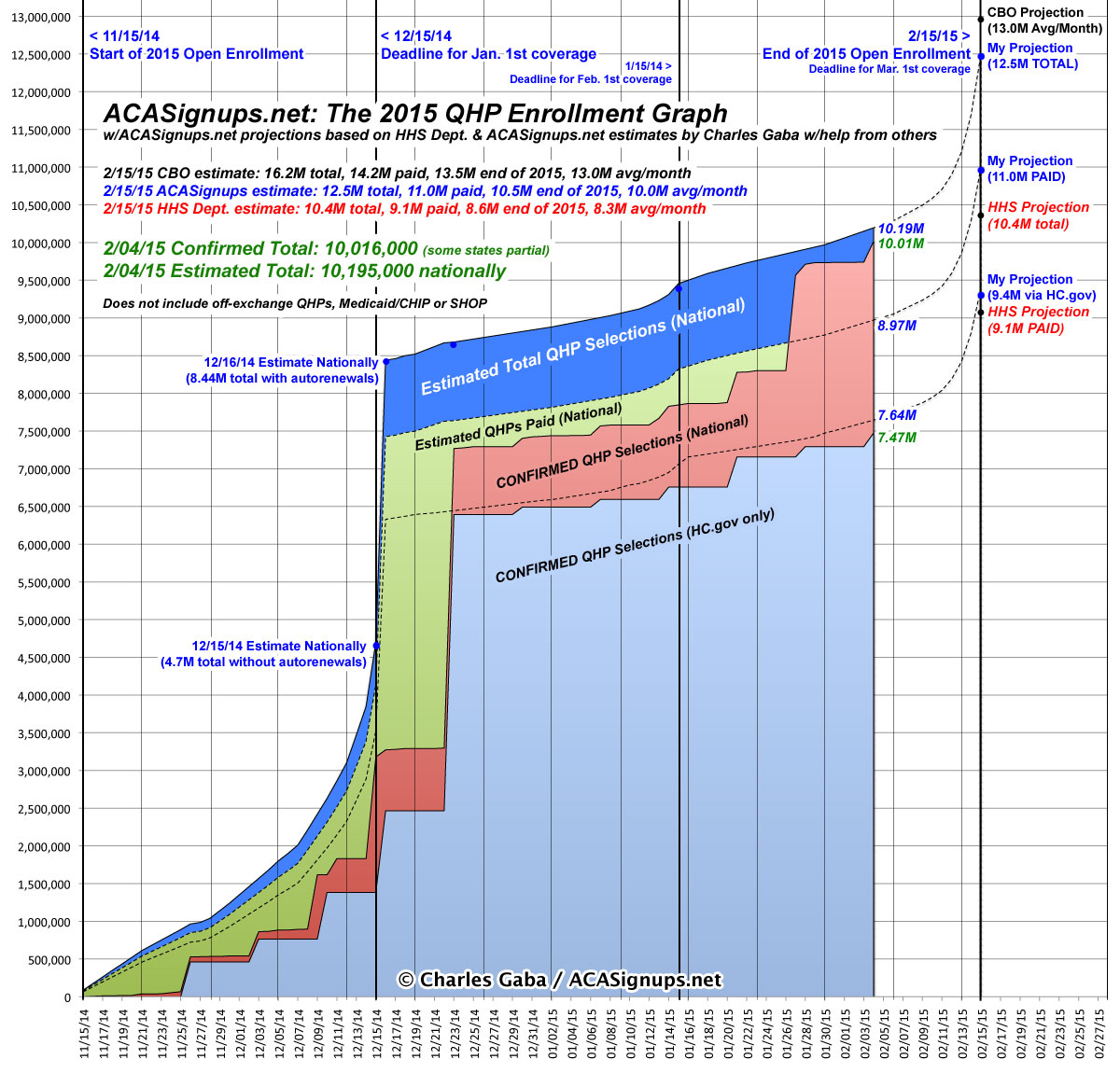