Wall Street Journal: “Florida, North Carolina and Texas would be among the states hardest hit if their health-insurance subsidies are struck down by the Supreme Court. Those states had the highest number of consumers who were eligible for tax credits when selecting a plan on the federal HealthCare.gov website, government data show.” 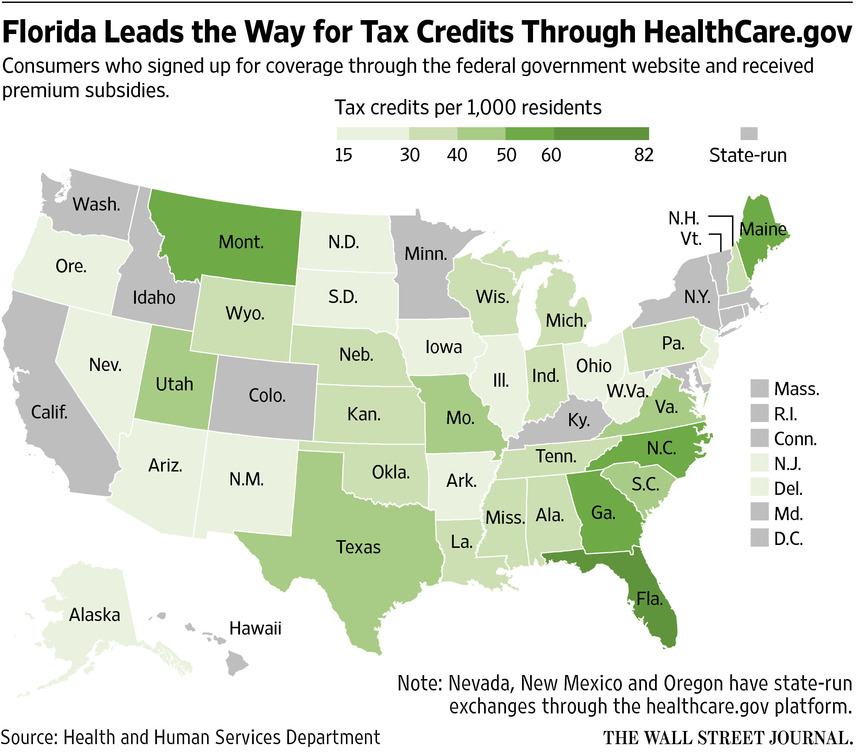 “Affordable Care Act enrollment figures released Tuesday give the most up-to-date snapshot of which states would bear the brunt of any loss of subsidies.”

“In Florida, about 1.6 million people who picked a plan on the federal site were eligible for financial assistance, according to the new report. In Texas, more than one million were eligible; in North Carolina, more than 550,000; and in Pennsylvania, more than 430,000.”

Fuel Fix: "The U.S. shale boom may finally be slowing down, according to projections from the U.S. Energy Information Administration."...