Derek Thompson in The Atlantic asks whether “healthcare growth is—temporarily? permanently?—slowing down.”

“After a roller-coaster ride through the last quarter of the 20th century, healthcare inflation looks like it’s pumping the brakes to park near the 2 percent line, the lowest mark since the year Medicare and Medicaid were signed into law: 1965.’

‘With slowly growing prices, even rising demand for healthcare has led to less-than-projected spending, in just about every category … Six years ago, the Urban Institute projected that the country would spend $23 trillion between 2014 and 2019. After Obamacare became law, it raised its forecast by half-a-trillion dollars. But the latest projections, published this month, are lighter by $2 trillion and $2.5 trillion, respectively.” 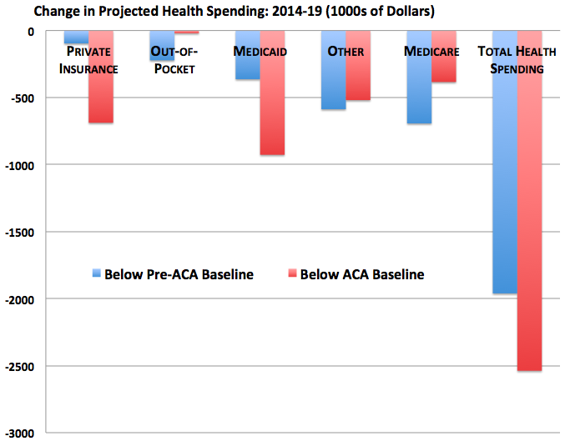 What’s going on exactly? Just about everybody agrees that the answer is “the recession and …” followed by a smattering of variables, such as cost control measures in Obamacare, the rise of high-deductible plans, and reforms undertaken by doctors and insurance companies, independently, to curb over-treatment.

Wall Street Journal: "By one measure, wages for most U.S. workers peaked more than four decades ago." "Adjusted for inflation,...