Robert Jones in the Atlantic: “Many leaders of the conservative Christian political movement continue to act as if public opinion were frozen in the 1970s. But in fact, more religiously affiliated Americans now support same-sex marriage than oppose it.”

“Over the last decade, though, the debate has shifted from one between religious and non-religious Americans to one that primarily pits older, conservative Christians against moderate, progressive, or younger Christians, Jews, and the religiously unaffiliated.” 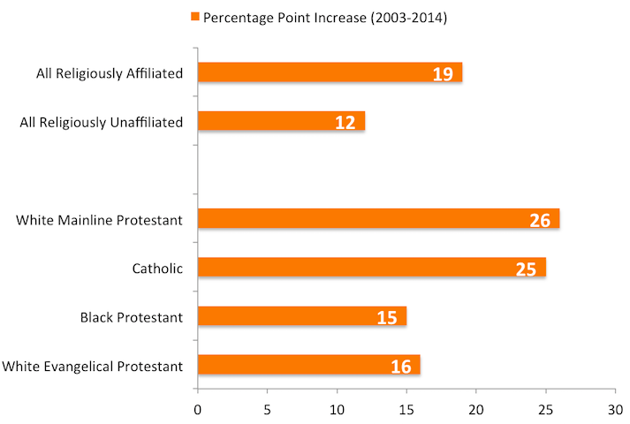 Andrew Prokop in Vox: "The US Supreme Court has ruled, 5-4, that states can prevent judicial election candidates from soliciting...