The Hill: “Around 17 million people have gained health insurance since the core of ObamaCare took effect in 2013, according to a RAND Corporation study released Wednesday. ”

“The study finds that 22.8 million people signed up for coverage between September 2013 and February 2015, while 5.9 million lost coverage, leading to a net gain of 16.9 million.” 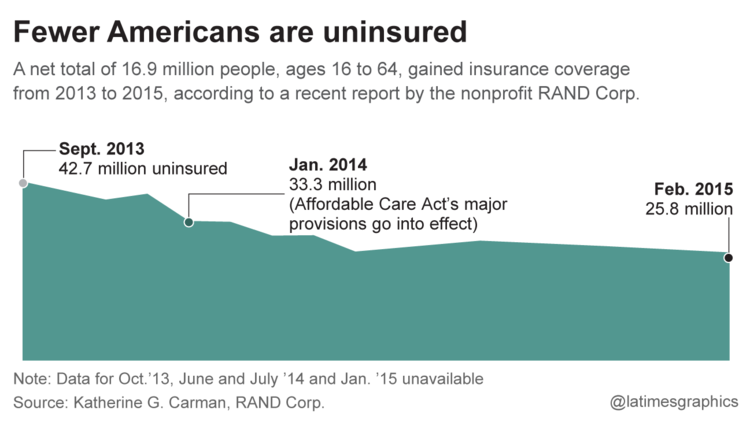 “While there was much concern about plans being cancelled because of ObamaCare, the study notes that the number of people losing coverage was close to the same level it was before ObamaCare.”

“’We found that the vast majority of those with individual market insurance in 2013 remained insured in 2015, which suggests that even among those who had their individual market policies canceled, most found coverage through an alternative source,’ the study states. Still, it finds that 600,000 people who had individual market coverage before ObamaCare ended up uninsured.”

L.A. Times: “The biggest growth has been in the marketplaces created by the law, which now have about 11 million adult customers, about a third of whom were uninsured in 2013, according to the study.”

“Employer coverage was the biggest source of new coverage for previously uninsured people, the study found.”

The Guardian: "Record carbon dioxide (CO2) concentrations in the atmosphere were reported worldwide in March, in what scientists said marked...