Wall Street Journal: “The U.S. economy had a really bad March, the worst since the financial crisis. But don’t panic.”

“Macroeconomic Advisers on Thursday said its monthly estimate showed GDP fell an inflation-adjusted 1% in March, the largest drop since December 2008, “when the U.S. economy was in the throes of recession,” the firm said. Monthly GDP had climbed 0.3% in February and ticked up 0.1% in January after falling 0.4% in December, the firm said.” 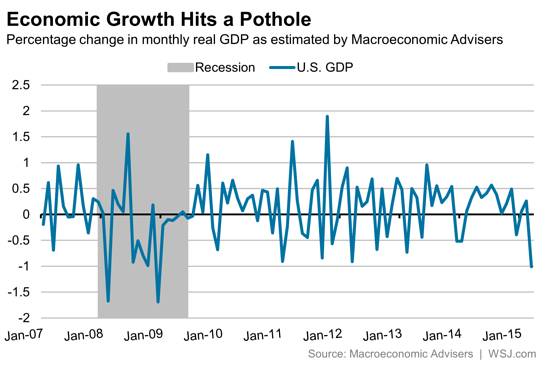 “The key reason not to worry too much: The contraction reflected a drop in net exports related to the resolution of a labor dispute at West Coast ports, the firm said.”

“The survey of 62 economists, not all of whom answered every question, showed a widespread expectation that consumers would start spending again after several months of avoiding the mall.”

Greg Sargent in the Washington Post: "There’s been yet another twist in the seemingly endless battle over the Medicaid expansion...