Washington Post: According to the latest YouGov.com poll, “even on an issue such as Obamacare, Republicans are not all that excited about the court upsetting a legislative action, even one with which they disagree: ‘Americans tend to oppose (40%) rather than support (26%) the lower court’s ruling that subsidies cannot be provided, but 34% are not sure either way, and only 33% of Americans actually say that they have been following the news of the threat to federal exchange subsidies. Most Democrats (54%) oppose the ruling to end these subsidies, while independents tend to oppose (38%) rather than support (24%) ending them. 38% of Republicans support this ruling, but 37% aren’t sure and 24% oppose the ruling.’” 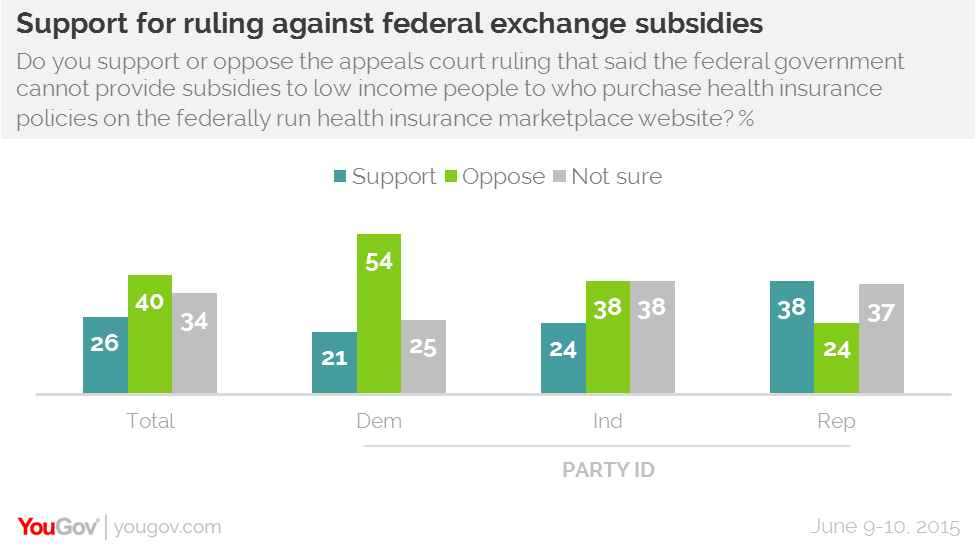 “That is a remarkably low number of Republicans who support a court order dumping the federal exchange subsidies. Republicans would be wise not to engage in too much chest-beating over court evisceration of Obamacare, and to rather take this as an opportunity to assure Americans who have relied on the exchanges that they will not be left in the lurch. Moreover, they’d be smart to advance their own, conservative alternatives to Obamacare.”

National Journal: "Acting on climate change can avert tens of thousands of premature deaths and save billions on electricity and...