Vox: “What would a world without gerrymandering look like? Check out the map below, in which each colored district has a roughly equal population, for one possible glimpse. (Note that this map draws districts that cross state borders as well, which is impossible under our current system, but would end the overrepresentation of some small states.)” 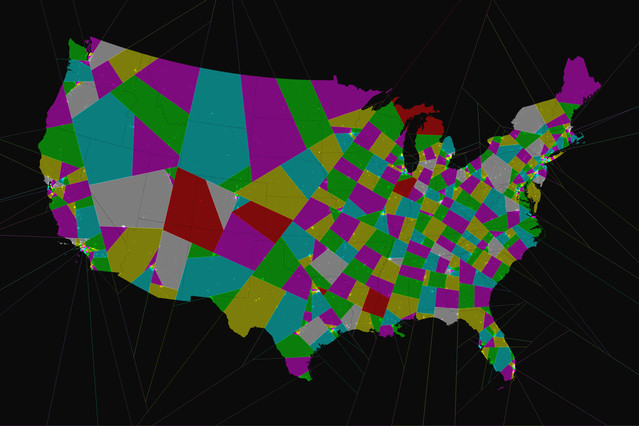 “The map was created by the Center for Range Voting, which was founded by math PhD Warren Smith and engineer Jan Kok to float innovative election reform proposals. To make it, they used what they call the shortest splitline algorithm. Basically, they used the shortest possible line to cut a state into two halves with roughly equal populations. Then they did so again, and again, and again, until they had the proper number of overall districts.”

Nate Cohn: "When the Supreme Court ruled Monday to allow independent redistricting commissions in Arizona, the decision was greeted with...