Gillian White in The Atlantic: “When you look at the nationwide statistics, it’s clear that voucher recipients are able to live in areas of less-concentrated poverty, and that they live in less-segregated neighborhoods than poor families who have no choice but to live in shelters, transitional housing, or traditional public-housing units. (Vouchers are a rent subsidy that people can use to live in privately owned housing.)”

But “finding better neighborhoods with landlords who will accept vouchers can be nearly impossible in some areas.” 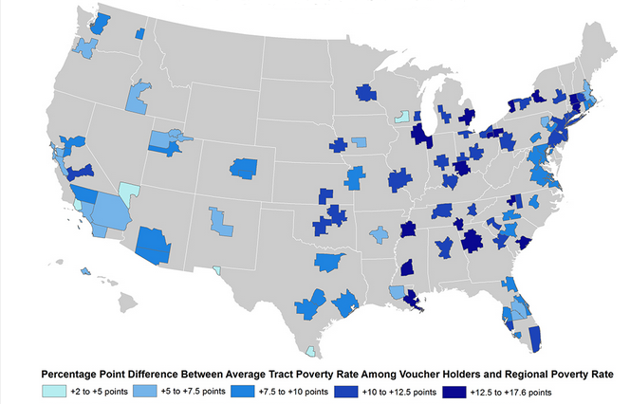 “Part of the issue is that vouchers, made specifically to allow families to move away from highly concentrated areas of poverty and into areas of greater racial and economic integration, often wind up not being all that portable because of discriminatory housing practices, landlords who refuse to accept vouchers, or difficulty identifying and moving to neighborhoods with more economic promise.”

A Closer Look at Walker and Rubio Obamacare Alternatives