Wall Street Journal: “Attention has focused lately on new drugs with eye-popping prices and on a few whose price a new owner abruptly raised several-fold. But what many drug companies rely on for sales growth is a pattern of steady increases, year in and year out, on older medicines. Wholesale-price increases for the 30 drugs analyzed by the Journal averaged 76% over the five-year stretch from 2010 through 2014. That was more than eight times general inflation.”

“Pricing power helps some in the pharmaceutical industry to compensate for sluggish demand, new competition or weak product pipelines. ‘Pricing has covered up a multitude of other disappointments over the past 15 years’ in the sector.” 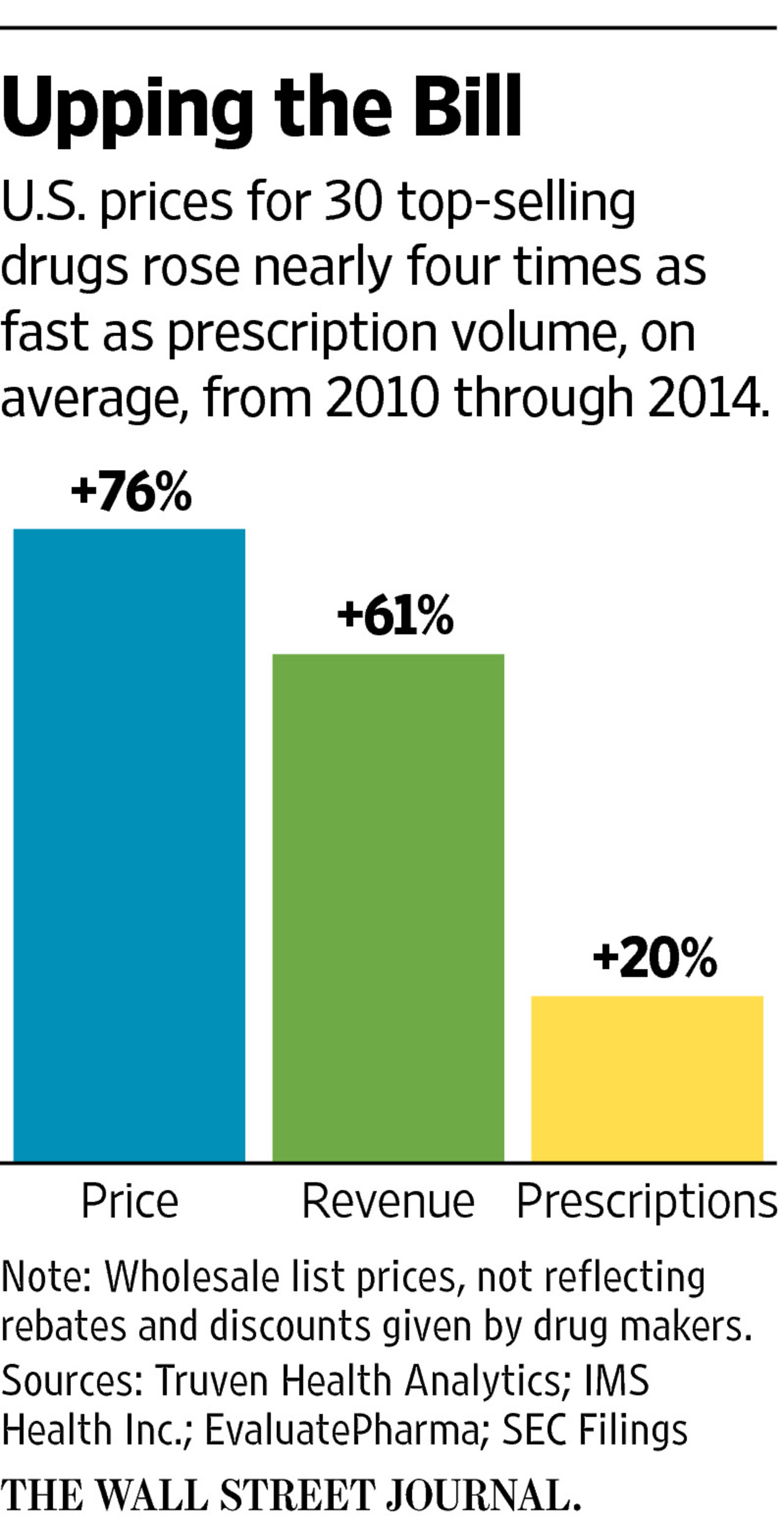 Americans have taken notice. In fact, according to The Hill, a recent poll by the Kaiser Family Foundation found “Americans have a greater concern for medication costs than they do about the Affordable Care Act.”

Paul Krugman observes that "when it comes to energy policy, the G.O.P. has become fossilized. That is, it’s fossil fuels,...