Wall Street Journal: “White, middle-aged Americans are dying at a rising rate, a new study shows, a startling reversal that suggests addiction and mental-health issues are setting back decades of gains in longevity.”

“Suicide, alcohol abuse, drug overdoses and chronic liver diseases largely drove the rise, which occurred between 1999 and 2013, according to the report published Monday in the Proceedings of the National Academy of Sciences. Those causes of death offset declines in other major drivers of mortality in midlife, such as lung cancer, the study said.”

“No other rich country has seen a similar reversal, and the trend is at odds with falling death rates for black and Hispanic Americans in that age group over the same period.” 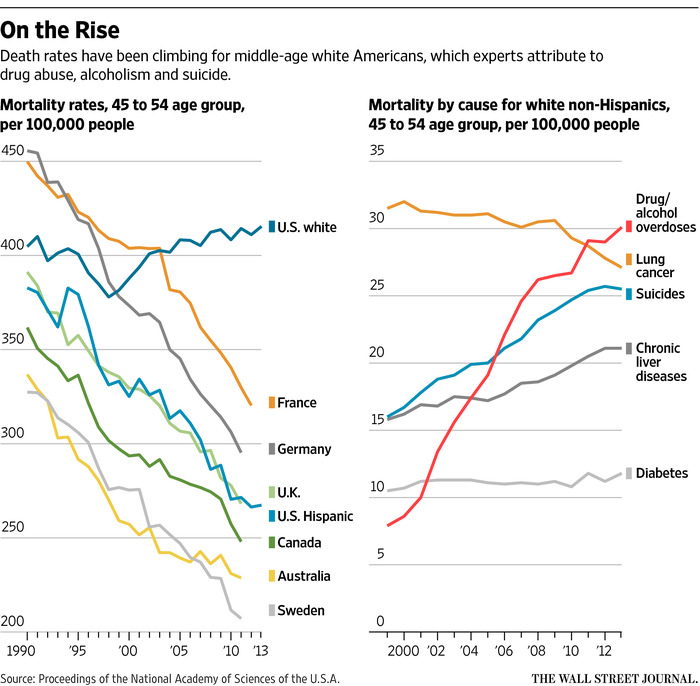 “The authors warned that by the time white people in this age group are eligible for Medicare they could be in worse health than the current elderly population. That means they could require more expensive care.”

Does the Economy Perform Better Under Republicans or Democrats?

Paul Krugman questions whether the economy has performed better under Republicans. "The arithmetic on partisan differences is actually stunning. Last...