“About 64% of respondents to The Wall Street Journal’s monthly survey of economists now say the Fed’s Dec. 15-16 meeting will culminate with the first rate rise in nearly a decade.” 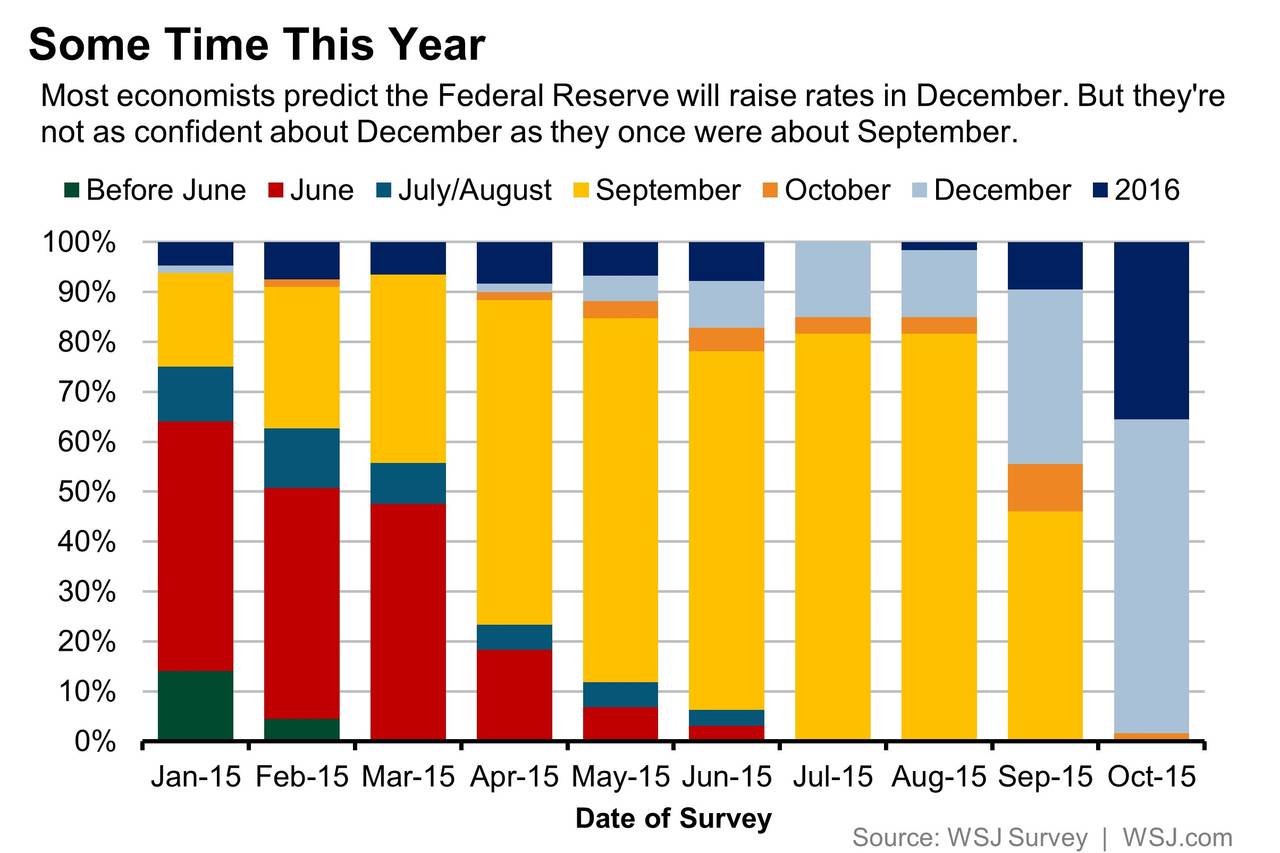 “’The Federal Reserve has all-but-telegraphed a desire to begin raising rates by year’s end, and this is likely to be at their December meeting,’ said Chad Moutray, the chief economist for the National Association of Manufacturers.”

“Despite these assurances, many investors in financial markets remain skeptical. Futures contracts in Chicago imply just a 39% probability that the central bank will raise rates this year, according to data from CME Group.”

“While most economists thought the Fed would raise rates in December, 23% said it would wait until March, the second most popular response.”

The Guardian: "The Earth’s climate will enter a new 'permanent reality' from next year when concentrations of CO2 in the...