The Guardian: A new study has looked at 15 years worth of output from 19 conservative U.S. thinktanks and concludes, “We find little support for the claim that ‘the era of science denial is over’ – instead, discussion of climate science has generally increased over the sample period.”

“The conservative thinktanks under the microscope are the main cog in the machinery of climate science denial across the globe, pushing a constant stream of material into the public domain.”

The study analyzed “more than 16,000 documents published online between 1998 and 2013 by mainly US groups like the Heartland Institute, the Cato Institute and the American Enterprise Institute.”

“Contrary to some commentators, the study found attacks on science had increased in later years. At the same time, the thinktanks were focusing less on policy issues.” 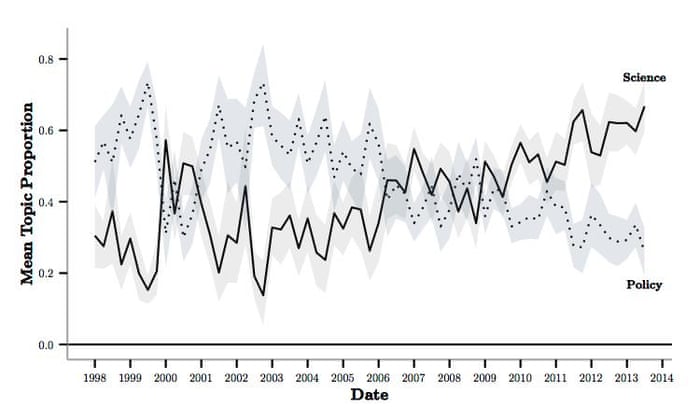 “Dr Aaron McCright, of Michigan State University said the ‘denial machine’ had since expanded from think tanks to include bloggers and fake grassroots campaigns and was now ‘more diverse and seemingly ubiquitous.’”

“He said conservative think tanks had influenced the public’s understanding of climate change and the way policymakers had reacted to it, in two ways.”

“First, he said in recent decades US Republicans had used thinktank materials in committee meetings and hearings ‘to justify inaction on climate change.'”

“Second, thinktank materials had been taken up as the standard talking points for conservatives.”

How Resilient is America’s Economy?

Neil Irwin asks the "giant question" for 2016: How resilient will the United States prove to be? "On one hand,...