From a summary published in the journal Nature Climate Change: “Potential future changes in such extreme El Niño occurrences could have profound socio-economic consequences.”

“It predicts that occurrences of unusually strong El Niño events will double in frequency, from once every 20 years to once every 10 years. The major El Niño in 1997-1998 caused an estimated $35 billion in damages, the researchers said.”

“Early signals suggest the majority of the 2.2 million people who sought to enroll in private insurance through new marketplaces through Dec. 28 were previously covered elsewhere, raising questions about how swiftly this part of the health overhaul will be able to make a significant dent in the number of uninsured,” the Wall Street Journal reports.

“Insurers, brokers and consultants estimate at least two-thirds of those consumers previously bought their own coverage or were enrolled in employer-backed plans.”

“The data, based on surveys of enrollees, are preliminary. But insurers say the tally of newly insured consumers is falling short of their expectations, a worrying trend for an industry looking to the law to expand the ranks of its customers.” 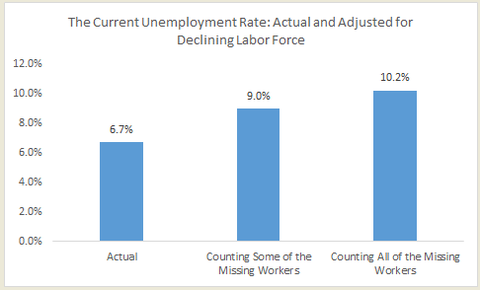 Jared Bernstein: I don’t know anyone who thinks 6.7 percent is representative of the amount of slack on the current job market … Based on numbers I’ve written about in greater detail, I think a more representative rate would be about 9 percent.

Reuters: “A group of cyber security professionals is warning that the U.S. government has failed to implement fixes to protect the HealthCare.gov website from hackers, some three months after experts first pointed out the problem.”

“Hackers could steal personal information, modify data or attack the personal computers of the website’s users, he said. They could also damage the infrastructure of the site, according to Kennedy, who is scheduled to describe his security concerns in testimony on Thursday before the House Science, Space and Technology Committee.”

Salon: “After 2013 came to an end, and Obamacare enrollees became Obamacare beneficiaries, Republicans began pegging all of their hopes on the possibility that Obamacare’s botched rollout would ultimately prove unrecoverable. Repeal had just become synonymous with rescinding insurance benefits, so that option was at last really, truly out. Replace isn’t happening in today’s policy-phobic GOP. So the right’s last best hope is that the law will collapse on its own, or perhaps with the help of an ongoing campaign to discourage enrollment. Obamacare is designed to absorb certain shocks, but maybe the October and November blows will prove in hindsight to have been too devastating for the system to withstand.”

“New data from the Department of Health and Human Services, industry testimonials, and other recent developments suggest that wish, too, is dead, and that all of the right’s efforts to undermine the law are now wholly gratuitous. The Affordable Care Act isn’t going to collapse no matter what conservatives do.”

However, National Journal points out that the White House has scaled back its goal of how many young people sign up for Obamacare. Initially, it was 38%, now they say about 30%. Wall Street Journal: “Throughout 2013, an average of 2.3 million children — or about 3.3% of all kids in the U.S. — lived with a parent who had been seeking work for at least half a year, according to new figures from the Urban Institute, a Washington think tank. That’s up from about 754,000 in 2007.”

“Mirroring problems with the federal health care website, people around the nation attempting to navigate the Spanish version have discovered their own set of difficulties, the AP reports.

“And the translations were so clunky and full of grammatical mistakes that critics say they must have been computer-generated — the name of the site itself can literally be read ‘for the caution of health.'”

Andrew Sullivan: “It is hard to believe that the same team that won two elections is so hampered by federal contracting rules that it can produce something like this. There are worse examples of how government cannot do many things right – but this one, run by technocrats, with plenty of time to prep, will loom large in the public’s imagination for some time.”

Ezra Klein: “Hispanics are particularly crucial to Obamacare’s success. About 15 million Hispanics — or more than 31 percent of the U.S.’s total Hispanic population — are uninsured. That’s a higher rate of uninsurance than for whites (13 percent) or blacks (21 percent).” 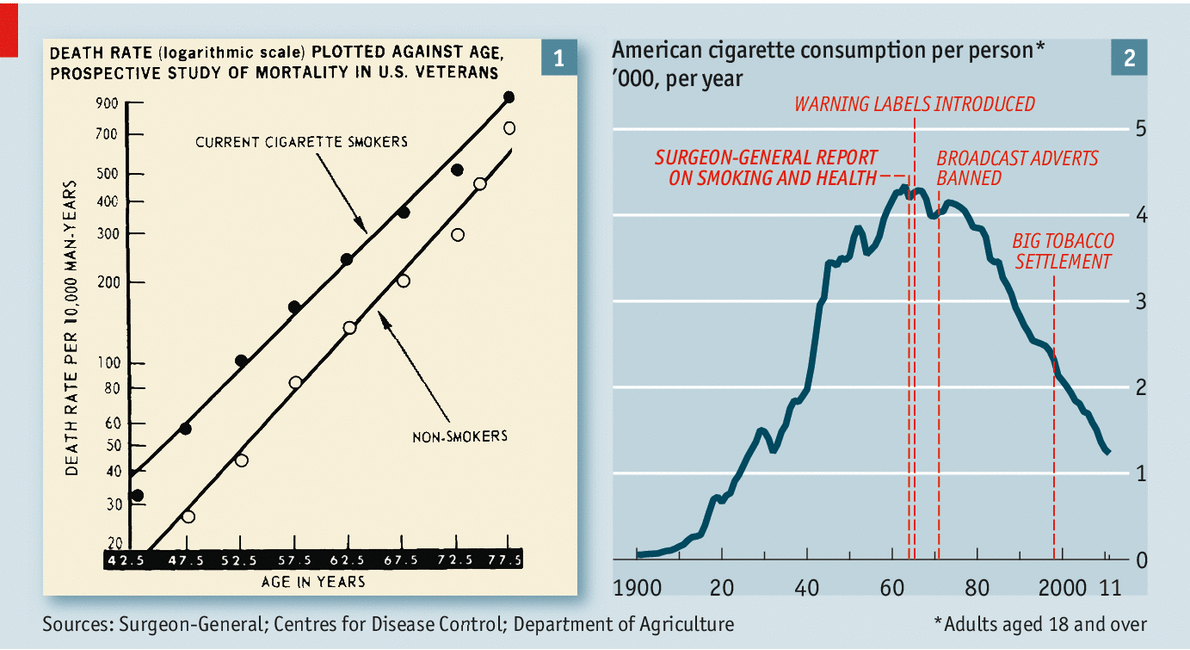 The Economist: “In the past 50 years cigarette consumption per adult has fallen by 72%”

“Carney did not elaborate on what the president will say when he outlines his vision for changes to the NSA’s vast surveillance activities. The address comes in the wake of disclosures from documents stolen by former government contractor Edward Snowden.”

Politico: “Many of the key reforms he’s expected to endorse — including changes to the National Security Agency’s practice of gathering information on telephone calls made to, from or within the U.S. — will require congressional action. Like the public — and seemingly the president himself — lawmakers on both sides of the aisle are divided on what needs fixing and how to do it.”

The U.S. economy added just 74,000 jobs last month — way below expectations by economists — but the unemployment rate sunk to just 6.7%.

Wall Street Journal: “Put December 2013 as the month in which the country’s labor data officially became a mess. What are we to make of a number that came in so far below expectations after a very strong November, all at the same time that the unemployment rate dropped all the way down to 6.7%. How on earth are we supposed to read a discernible, meaningful trend in his morass of contradictions?  One thing’s certain, its’ a reminder that month-to-month data reactions are dangerous.”

Wellness Works Hub notes that state governments across the country are turning to the wellness programs as a way to encourage public employees to more actively engage in their health management.

“Leaders in wellness planning such as Delaware and Alabama are being joined by other states convinced of the health and financial gains that wellness plans can produce. Most recently, Washington State Gov. Jay Inslee unveiled a cash-laden incentives proposal designed to increase state employee participation in wellness programs. If adopted, Washington state employees could see their participation incentives jump from $30 gift cards to reductions of up to $125 a month in their share of health insurance premiums.”

The Incidental Economist notes that life expectancy in the United States fell behind the OECD median in the mid-1980s for men and the early 1990s for women.

“Note, the answer need not point to the health system. But, if it does, it’s not the first chart to show things going awry with it around that time.” 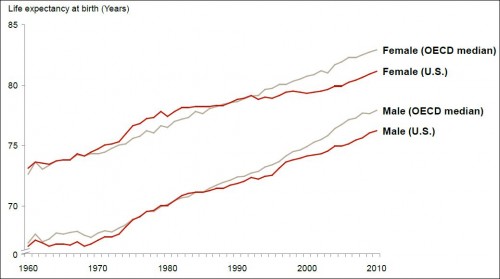