Pew Research: “While privacy issues continue to pervade public policy debates — after recent hacking incidents and amid the emergence of tech products that use consumer tracking data — 91% of Americans agree or strongly agree that consumers have lost control over how their personal information is collected and used by private companies.”

Pew Research: “The Great Recession was hard on all American families. But even as the economic recovery has begun to mend asset prices, not all households have benefited alike, and wealth inequality has widened along racial and ethnic lines. The median wealth of white households was 13 times the wealth of black households and 10 times that of Hispanic households in 2013, compared with eight and nine times the wealth in 2010, respectively.”

“In recent years, the federal government required passenger cars and trucks to become much more fuel-efficient, with a goal to more than double average miles per gallon by 2025. More than a dozen states ordered auto makers to boost sales of electric vehicles, helped by billions of dollars in federal spending. And President Barack Obama ’s administration increased spending on intercity passenger rail, joining states like California in planning for Asian- and European-style bullet trains.”

“Those policies now face a changed landscape: a nearly 44% slide in oil prices since June that has sent the average price of gasoline to around $2.40 a gallon, according to the U.S. Energy Information Administration.”

Pew Research: “Nearly three-quarters (72%) of the public thinks religion is losing influence in American life, up from 52% who said so in 2002; and most people who say religion’s influence is waning see this as a bad thing. Perhaps as a consequence, a growing share say religion should play a role in politics.”

Pew Research: “The public is gradually becoming aware of America’s energy boom. Currently, 54% say domestic energy production has been increasing in recent years, up from 48% in September 2013. Meanwhile, the recent slide in gas prices is registering widely: An overwhelming 89% say that that pump prices have fallen in the past month.”

“Despite the growth of domestic energy production, public attitudes about energy policies have changed only modestly in recent years. In broad terms, developing alternative energy is viewed as a more important priority than expanding the exploration and production of oil, coal and natural gas. By two-to-one (60% to 30%), more prioritize the development of alternative energy sources than expanded extraction of energy from traditional sources.”

“Yet when asked about specific policies to address the energy supply, a majority of Americans continue to support allowing more offshore oil and gas drilling in U.S. waters (56%) and more mining and drilling on federally-owned land (58%). These opinions are largely unchanged from recent years.”

Pew Research: “The earnings gap between young adults with a bachelor’s degree or higher and those without has never been greater in the modern era, despite soaring student debt and high youth unemployment. In 1979, when the first wave of Baby Boomers were the same age that Millennials are today, the typical high school graduate earned about three-quarters (77%) of what a college graduate made. Today, Millennials with only a high school diploma earn 62% of what the typical college graduate earns.”

The White House announced that nearly 6.4 million consumers selected a plan in the Obamacare marketplace or were automatically re-enrolled in the first month of open enrollment, with approximately 30 percent of this total comprised of people newly signing up for coverage. A new GAO report finds “the economic recession that blasted huge holes in state and local government budgets and rapidly rising health care costs are combining to create a long-term budget crisis for states that is so bad it would require massive tax hikes or spending cuts,” the Washington Post reports.

“The Government Accountability Office said in a report issued Friday that tax revenues as a percentage of gross domestic product will not return to the historical high reached in 2007, just before the recession hit, until 2058, according to its models.”

Russian tax collectors in Russia have found a new way of getting people to pay their debts: by threatening to take away their cats, the BBC reports.

“State collectors in the Siberian city of Novosibirsk recently succeeded in getting a resident to pay 12,000 roubles ($198; £127) he owed in unpaid taxes after threatening to seize his expensive pedigree cat, Interfax news agency reports. When bailiffs arrived at the student’s flat, they initially found nothing of value worth seizing – that is until they spied the British Shorthair cat he was holding and three of its kittens running around the place. “Because the animals are pedigree and expensive, the representative of the law decided to place the cat brood under arrest”, Interfax quotes a statement from the region’s court marshal’s service.”

“And what they found was disappointing but not exactly surprising: about half of the health recommendations had either no evidence behind them or they actually contradicted what the best-available science tells us. That means about half of what these TV doctors say to their millions of satellite patients is woo, and potentially harmful and wasteful woo at that.” 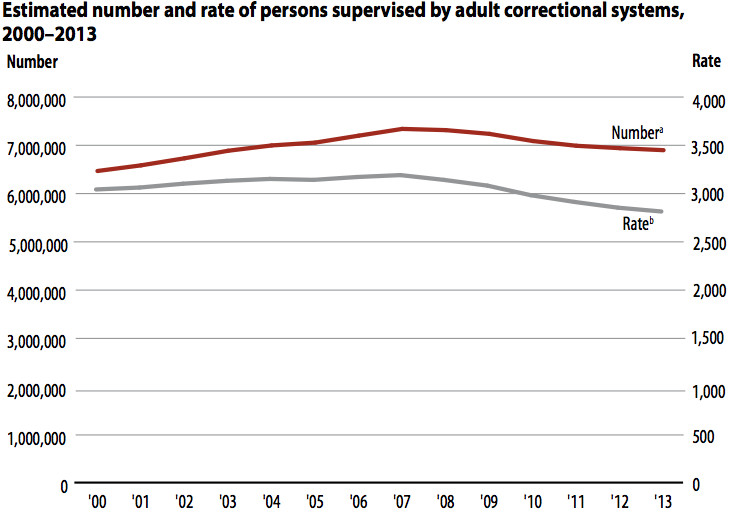 Vox: “The number of Americans in prison, jail, parole, or probation dropped to less than 6.9 million in 2013, down 41,500 compared to 2012 and hitting the lowest point since 2003, according to a report from the Bureau of Justice Statistics.”

“Until 2008, the corrections population had been steadily growing for decades as all levels of government enforced tough-on-crime policies — particularly against drug offenses — that tied up more people in the criminal justice system. But states and the federal government, facing budget constraints brought on in part by the cost of maintaining large prison populations, began pushing reforms that reduced penalties for nonviolent offenders and diverted more people to punishments besides incarceration.”