“California is getting some much needed rain this week, but more than two-thirds of the state is still in extreme drought conditions, and that has the state thinking about alternative ways of getting water,” NPR reports.

“On the coast in Carlsbad, Calif., construction workers are building what will be the largest seawater desalination plant in the Western Hemisphere. When finished in early 2016, it is expected to provide up to 50 million gallons of fresh drinkable water every day…”

“The process involves taking water from the Pacific Ocean, removing the silt, sand and ‘organics,’ then pressurizing the water through very fine membranes. The technical name is reverse osmosis. And the result? Every 2 gallons of seawater that goes in, 1 gallon of high-quality drinking water comes out.”

And the best part is it’s droughtproof. 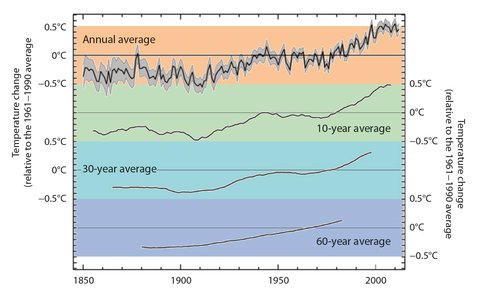 Some lawmakers are citing the crisis in the Ukraine as a reason to advance their energy policy agenda, such as expanding U.S. exports of natural gas to limit European reliance on Russian natural gas exports and promoting the Keystone Pipeline project.

National Journal: House Energy and Commerce “Republicans, who want the Energy Department to act faster on a backlog of export applications, released a report in early February touting the ability of U.S. gas exports to ease Russian influence on Eastern and Central European nations.”

“Russia supplies roughly one-fourth of Europe’s natural gas, and a significant amount is piped through Ukraine.”

“Sen. John Hoeven, R-N.D., used a wide-ranging statement on the Ukrainian crisis to offer fresh calls for approval of the Keystone XL oil pipeline, calling it part of an energy strategy that can curb Russian influence.”

Hoeven: “The United States needs to reduce our reliance on overseas energy … It also means building more energy infrastructure like the Keystone XL pipeline without delay.”

The Environmental Protection Agency’s announcement last week that it was putting a temporary halt to a controversial gold and copper mining project “sounds like the death knell” for the Pebble Mine project, contends the New York Times Editorial Board.

“The administration has not made a final decision … but construction cannot begin until it issues a permit. And judging by the announcement from [EPA head] Gina McCarthy, it would be astonishing if it allowed the project to go forward. ‘Extensive scientific study,’ she said, ‘has given us ample reason to believe that the Pebble Mine would likely have significant and irreversible negative impacts on the Bristol Bay watershed and its abundant salmon fisheries.’”

“Given the science, this is not the hardest environmental decision the administration has faced or will face. And it must adjudicate between the needs of the endangered sage grouse and the oil industry, which occupy the same lands in the West. But on Bristol Bay, it is headed in just the right direction.”

“The EPA estimates that the new rule will dramatically reduce soot and smog in the United States, and thus rates of diseases associated with those pollutants, while slightly raising the price of both gasoline and cars. The rule will require oil refiners to install expensive equipment to clean sulfur out of gasoline and force automakers to install new, cleaner-burning engine technology.”

“EPA officials estimate that the new regulation will raise the cost of gasoline by about two-thirds of 1 cent per gallon and add about $75 to the sticker price of cars. But oil refiners say that it will cost their industry $10 billion and raise gasoline costs by up to 9 cents per gallon.”

In response to recent allegations from critics of the Keystone Pipeline review process, the State Department’s inspector general released a report concluding that the department followed appropriate guidelines in its selection of contractor Environmental Resources Management.

National Journal: “However, the report also finds that the ‘process for documenting the contractor-selection process, including the conflict-of-interest review, can be improved.'”

The report states: “In the case of concerns raised about ERM’s alleged lack of objectivity because current ERM staff had previously worked for TransCanada and other oil and pipeline companies, OIG found that the department’s conflict of interest review was effective and that the review’s conclusions were reasonable.”

Rep. Raul M. Grijalva (D-Ariz.) disagrees, arguing that the OIG report “is an important example of the problem. The I.G. only looked at whether the department followed its existing process for choosing a contractor. It should have looked at whether that process produces reliable outcomes.”

“Keystone is about more than one pipeline. It is about establishing once and for all whether we have moved on from the disastrous Bush-Cheney view of environmental policy. President Obama’s own Environmental Protection Agency has said in no uncertain terms that the pipeline will contribute significantly to greenhouse gas emissions. That should be the end of the conversation.”

A diverse group of corporations and environmental activists has helped pass groundbreaking methane emissions controls for oil and natural gas operations in Colorado.

Bloomberg: “Emissions from oil and gas operations contribute to thickening smog that exceeds federal ozone guidelines … The haze prompted Governor John Hickenlooper to ask energy companies and environmentalists to come together to write the first-of-their-kind rules.”

“’This is a model for the country,’ said Dan Grossman, the defense fund’s Rocky Mountain regional director. ‘We’ve got this simmering battle between the oil and gas industry and neighborhoods throughout the state that are being faced with development. That degree of acrimony is pushing the industry and policy makers to look for ways to get some wins.’”

“Emissions during oil and gas operations represent the state’s largest source of volatile organic compounds that contribute to the formation of ozone, a ground-level pollutant linked to respiratory problems and decreased crop yields. Parts of Colorado violate national air quality standards for ozone.”

The Hill: “President Obama told governors gathered at the White House on Monday that he expects to make a decision on the Keystone XL pipeline within the next couple of months, Oklahoma Governor Mary Fallin said.”

“If the timeline holds, it means that Obama would make a decision on the controversial project before the midterm elections.”
“White House press secretary Jay Carney declined to comment on the conversation between the president and the governors.”

Bloomberg reports that Nebraska’s Public Service Commission, “faulted over campaign donations from regulated companies may soon decide the fate of Keystone XL, its first review of an oil pipeline.”

“Its five elected members were criticized by a watchdog group for accepting campaign donations from companies. They now may become targets for Keystone supporters and foes counting on getting the panel to rule in their favor.”

“From 2000 to 2012, three quarters of all reported donations to incumbent Nebraska commissioners were from regulated companies or people connected to them, according to a report from the group.”

The Supreme Court on Monday will consider arguments on the extent of the EPA’s regulatory authority over greenhouse gas emissions. Industry groups contend the agency has overstepped its authority by concluding that new vehicle emissions standards “trigger” greenhouse gas permit requirements for large stationary polluters.

National Journal: “Harvard University law professor Richard Lazarus [argues] that if EPA loses, ‘you can be sure the court’s decision will be read as a repudiation of what Obama’s doing.'”

AP: “A court ruling against EPA almost undoubtedly would be used to challenge every step of the agency’s effort to deal with climate change, said Jacob Hollinger, a former EPA lawyer.”

New York Times Editorial Board: “As with most battles over environmental regulation, the struggle is between the bottom-line economic concerns of business and the government’s reasonable efforts to protect human health and the environment. Virtually everyone accepts the overwhelming evidence of human influence on climate change and the urgent need to address it, except for a handful of hardened skeptics and those who benefit financially from less regulation. The question is who gets to decide the best way to go about reducing harmful emissions.”

The Hill: “A majority of U.S. voters want to know where the crude oil transported through the Keystone XL pipeline will end up, according to a new poll released Thursday.”

The poll, commissioned by billionaire activist Tom Steyer’s group NextGen Climate Action, shows that “voters aren’t aware of the final destination for crude oil that would flow through the proposed Keystone pipeline.”

“85 percent of registered voters want to know where the crude oil coming from Canada will go and want their lawmakers to ask questions.”

The Nebraska judge’s ruling that the Keystone XL pipeline route is illegal could potentially provide an out for President Obama to delay his final decision on whether to approve the controversial project.

Fuel Fix: “The judge’s decision gives Obama a reason to delay a politically sensitive decision that could roil Democratic plans to keep control of the Senate.”

“Putting off a decision lets Obama avoid angering voters in energy-rich states if he decides to back environmentalists and reject the project. Former hedge-fund manager Tom Steyer said he may spend $100 million to back anti-Keystone candidates.”

“’This gives the U.S. State Department and Obama an out,’ said Bob Schulz, a University of Calgary business professor … ‘Why would they decide if they don’t have to decide? I think he’s going to push it back another year.’”

Bloomberg: “’We would not be surprised if the administration used the events in Nebraska as a reason to delay making a decision as part of the presidential permit process,’ Robert Kwan, an analyst at RBC Capital Markets, said.”

“A judge has ruled in favor of three landowners who challenged the constitutionality of a state law used to reroute the Keystone XL pipeline,” the Omaha World Herald reports.

Judge Stephanie Stacy “ruled Wednesday that the 2012 law improperly gave the governor authority to approve the pipeline route… The judge said regulatory control over pipeline companies rests with the Nebraska Public Service Commission. She granted a permanent injunction to prevent Gov. Dave Heineman and the Nebraska Department of Environmental Quality from taking further action to advance the pipeline.”

“The ruling would appear to mean TransCanada, the company seeking to build the crude oil pipeline, will have to seek approval again for its route.”

The AP notes the ruling “could cause more delays in finishing the pipeline, which would carry oil from Canada to Texas refineries.”